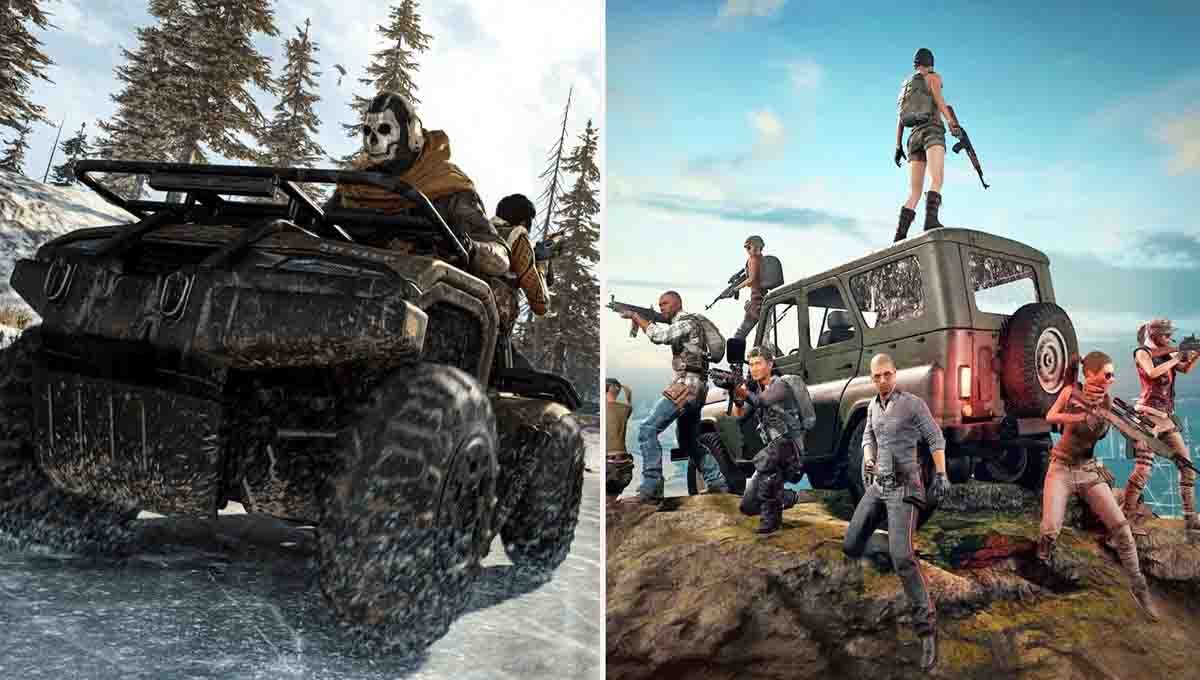 Why is Call of Duty: Warzone the best battle royale game on the market? And in which areas does Playerunknown’s Battlegrounds still outshine it?

Unlike other Battle Royale titles, Warzone boasts a more tactical approach to this game genre. Thanks to its Call of Duty roots, Warzone also applies signature mechanics such as Scorestreaks, Loadouts, and even unique Contracts within a match. As such, each match isn’t just long, but also has a ton of layers to dissect and take into account.

All these intermingling elements mean there’s so much that could happen in just one 30-minute match. Moreover, these elements also mean there is a lot to look forward to even if players have to go and play the same mechanic over and over.

Sometimes, the OG still wins thanks to its simpler mechanics. Unlike the various gameplay elements of Warzone, PUBG provides a more simplistic approach to battle royales. Players simply parachute in, collect weapons, and outlast opponents while avoiding the Blue Circle. Despite the rather many intermingling elements, they all work nicely for intense 10 to 30-minute matches.

Thankfully, this rather straightforward approach also allowed players to go all out with their loadout and strategies. They don’t need to think too hard about their approach to combat, they just grab a gun, wing it, and it’s still fun.

8 Warzone: Tactics Start With The Drop

Players will have to think about their strategy as soon as they make the first drop in Warzone. When they choose a particular drop zone, they can cut their chute and glide to their destination. Sounds good, right?

However, players can actually give themselves a short boost by reactivating their chute. Moreover, they can actually start shooting as soon as they draw their pistol while gliding. As such, gamers can plan their approach even during the fall to the drop zone. Likewise, an ally can go ahead and make the drop before regrouping with the rest of the team.

Battles should start as soon as players meet the ground, and PUBG remains consistent on this end. After all, there’s that feeling of suspense that remains as players chute or dive their way to a zone with the majority of the other players. Moreover, players have to stay sharp with things in the environment they need to get to as soon as they drop with other players.

Aside from the core battle royale mechanic, Warzone also features some “mini-games” that spice up each match. These come in the form of Contracts that players can pick up and, when finished, give them rewards.

Unlike Warzone, PUBG doesn’t have any complex “mini-games” for players. Instead, aside from the core survival mechanic, players also have to avoid the shrinking Blue Circle and the deadly Red Circle. Staying outside the Blue Circle drains player health, but outrunning this should be easy if players are just on the edge. However, if the Blue Circle begins actively shrinking, players may need vehicles to survive.

Read More : Who is Top SEO Expert in Bangladesh

What sets Warzone apart from other battle royale titles is its unique approach to weapons and equipment. Aside from being scattered around the map, players who earn enough credits can access Buy Zones to purchase advantages they can use in the match. For instance, these Buy Zones can let players access the personal multiplayer equipment they’ve set as their loadout.

PUBG: Loadout Drops Are A Lifesaver

Aside from scattered weapons and equipment on the battlefield, PUBG also features frequent Loadout Drops in various locations on the map. However, they’re not announced in matches, and players only identify these by listening and looking for random planes.

When players manage to locate these drops, they can open them to get new weapons and armor, all of which are capable of giving them an edge in combat. However, as they’re infrequent, players will most likely have to make do with what they have. The rarity of these drops makes them something to look forward to and they can give a crazy edge to players lucky enough to get them.

2 Warzone: Return To The Firefight

This unique feature shows players that Warzone has something to offer even if their characters die. Moreover, this entire Gulag feature can be a mechanic of its own, as players can drop another time to save their squad.

Perhaps PUBG dominates the battle royale genre as it doesn’t linger whenever players lose in a match. For instance, if another player kills them, they are simply sent to the Lobby with some credits and they can join another match.

This mechanic gives players the impression that they are there to play PUBG for fun rather than to win. This mechanic becomes really helpful when a particular match has extended for a few minutes too long and an option to go back into the match would seem too tedious to even push through.

Hey We are the one point click team. We writing and advising about life tips and tricks. We started our journey in 2019 and it is almost 2 years. There are 5 members of us. Mr Brian is the editor and author who have real example how to write blog and publish. Is there any guest post opportunity you can contact us. Thanks

Best Appsumo Deals of the Week

I love AppSumo deals. They're a great way to save on the services you already use, and sometimes they can even introduce you to...

Good morning, friends! We are here to talk about China LED TV price in Bangladesh. You might have heard about the China LED TVs...

how do u spell psychology

The pronunciation of an English word varies from place to place. For example, a native English speaker would not be the same as an...

Why is Call of Duty: Warzone the best battle royale game on the market? And in which areas does Playerunknown's Battlegrounds still outshine it? PlayerUnknown's...

The bugs are ectoparasites, which means they eat the blood of an infected animal. Unfortunately, the choice of these insect-interfering insects is usually human....